In addition to thousands of homeowners in Southern California Advance has provided awnings and canopies for many well known commercial accounts including UCLA, Cal-Tech, The Pantry Café, See’s Candy and many cities. Advance has experienced and fully insured installers to complete your project. 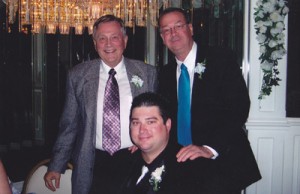 A family owned company with three generations! Victor Anderson JR, Victor Anderson III, and Victor Anderson IV still operate Advance Aluminum Awning Co. V4, as he is known is the current general manager and is the primary contact for orders and installations. Most of our business is from former customers and referrals. Call us for D.I.Y. awnings and patio covers shipped Nationwide, or for an in HOME free estimate in the Los Angeles area. We appreciate your business and will give each order our personal attention. 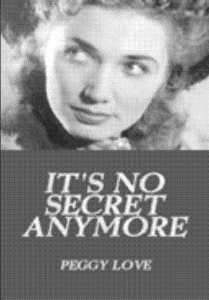 Peggy Anderson told Ursula’s story to so many, she was encouraged to write a book titled, “It’s No Secret Anymore.” It is a book about Ursula Kanel and her most interesting life, it is based on photos and letters from Ursula that Peggy found while cleaning up her home, interviews from Ursula’s friends and personal knowledge from the Kanel’s. 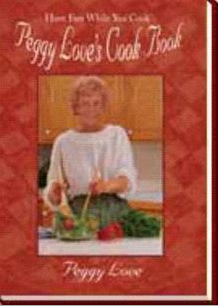 Peggy Love’s Cookbook is much more than recipes for great home cooked foods, it is also a collection of the author’s favorite stories surrounding her family. After sixty-plus years of life, four children, six grandchildren, a wonderful husband, and two great-grandchildren on the way, Peggy has collected not only hundreds of great recipes, but also hundreds of unique family stories.


HISTORY OF JACK AND URSULA KANEL

Warsaw, Poland. After secondary school in Warsaw, Jack began studying law at the University of Warsaw. As an elder of four children, Jack was forced to interrupt his studies and work as a bookkeeper to help support his family. In 1937 Jack married his first wife and started a business manufacturing leather products. The outbreak of World War II forced Jack and his wife to abandon their home and their leather manufacturing business. The couple was forced to live in a Ghetto in Warsaw. Jack would often risk his own life to escape the Ghetto confinement to sneak in food for the other Jews confined in the Ghetto. One day when Jack was returning to the Ghetto, Jack observed a group of Jews, including his wife, being forced to dig their own grave. As Jack’s wife faced her grave and stood with her back facing a group of Nazi soldiers, Jack witnessed his wife being shot and her limp body falling into the grave. Within 48 hours of witnessing such a horrendous ordeal, Jack’s hair turned totally white. Jack’s survival instincts and determination, however, did not allow him to lose hope. In 1943, Jack was sent to Bergin-Belsen concentration camp where he participated in the cremation of the bodies of his fellow Jews. In 1945, after World War II ended, Jack moved to Munich, where he met Ursula. Ursula’s beauty was so captivating to Jack that Jack persistently courted her and married her shortly thereafter.

Ursula Weiss Kanel was born on April 7, 1921 in Danzig, Germany. After secondary school, Ursula studied at the Technical High School in Danzig. In 1940 Ursula was reunited to war service and worked at the Post Office at Gotenhafen, where she made technical drawings. In 1946, Ursula went to Munich and worked at the Munich Post Exchange as an interpreter for the American Army.

In 1952, Jack and Ursula decided to emigrate to America. Even though they both spoke very little English when they arrived in America, they adapted and overcame the language barrier. They knew that they had to succeed to support themselves. Jack worked 12 hour days for seven days a week for a number of years. It was Jack’s dream to one day own the business he worked for. A few years later, Jack realized his dream and owned a business making and selling aluminum awnings. Ursula worked full time as an Engineer Design Draftswoman for the Burrough Corp.. As the accumulated wealth, Jack and Ursula invested primarily in real estate for several years and accumulated wealth. Ultimately, Jack slowed down his work schedule a bit. Ursula quit her job to pursue her hobbies of gardening, knitting and oil painting, and they both traveled extensively.

Jack died at the age of 75 in 1988 of Pancreatic cancer. Ursula died of colon cancer at the age of 74 in 1995. Even though Jack and Ursula could not have any children of their own, they had a great love and compassion for children. Jack and Ursula make this gift to you from their hearts and with their love for the children they never had.

The John and Ursula Kanel Charitable Foundation (the “Foundation”) was established in 1997. The founders, John and Ursula Kanel had a strong desire and a vision to support charitable organizations whose mission impacts a person’s life in a positive and meaningful manner. California Institute of Technology and various other charities have been identified and supported by the Foundation because of the mission each charitable organization seeks to achieve.

The Foundation is proud to continue to support the efforts of the students of California Institute of Technology, and with the help of people like yourself in the future, the Foundation will be able to continue its charitable mission. Follow current events for the foundation on ABOUT topic under ” KANEL FOUNDATION NEWS”.

The Andersons were close friends to the Kanels’ and served as trustees of Ursula’s trust until the proceeds were liquidated and transferred into the foundation.

Vic was a spokesman at John’s funeral and gave the eulogy at Ursula’s funeral. He pointed out that the Kanels’ had no children of their own; however through the generous gifts from their foundation many children would be helped. Follow current updates on the ANDERSON FAMILY on ABOUT topic under ” Vic Jr’s Page.